accent was tasked with building an historic building campaign for Millville Army Air Field Museum. The campaign brand was national in scope, as service men and woman came to Millville from all parts of America to train. As the east coast’s first line of defense against Nazi planes, it was a vital link in winning the war. Working with the museum board we charted a course with military precision, starting with a feasibility study with accent conducting in person donor interviews to set a realistic financial target to what could be raised. We launched the quite phase and built the campaign, from setting giving levels to branding and tracking results. Our focus group research uncovered the three words that rang true for veterans, their families and World War II enthusiasts and became the cornerstone of the brand identity — patriotism, preservation, education. 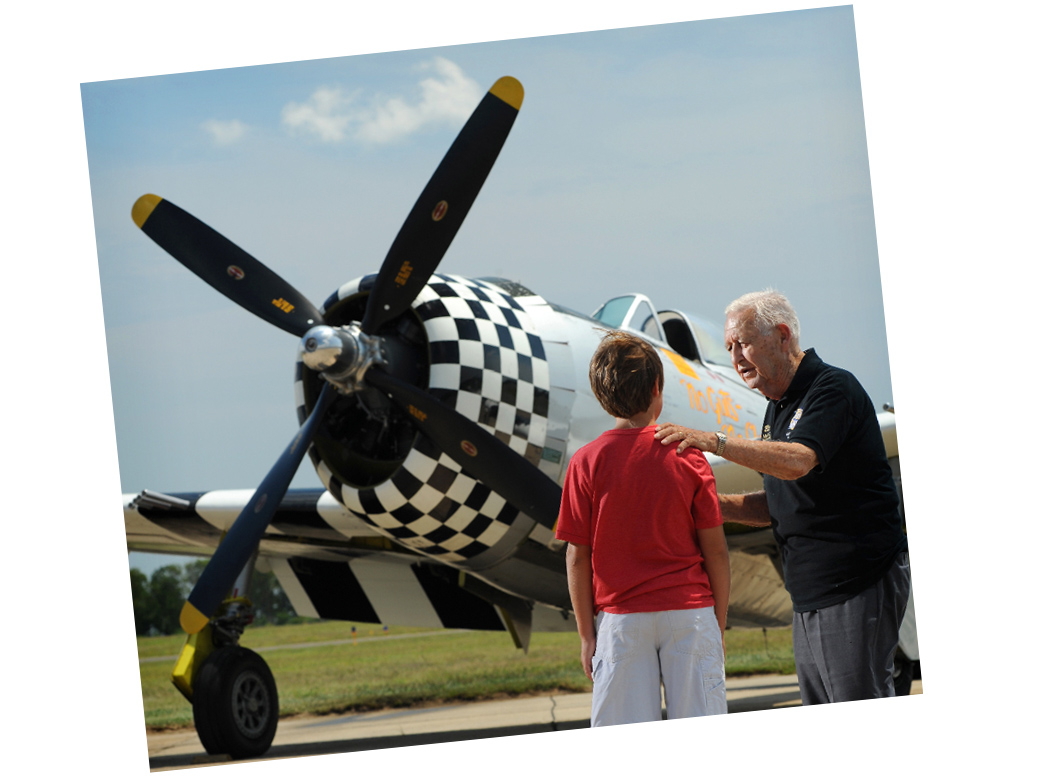 real life inspiration
The brand logo was inspired directly from a World War II pilot who actually trained at Millville Air Field. He was photographed with his grandson in front of the actual plane he flew. This tug at your heart strings visual, was orchestrated to demonstrate one of our primary goals to ensure that today’s youth remember the valiant sacrifices made to keep our country free. It struck an emotional cord with donors that the legacy of America’s first defense air field must be preserved for future generations.